Respectful and civil discussion of Delaware Football
Forum rules
1. Be respectful of our online community and contribute to an engaging conversation. We reserve the right to ban impersonators and remove comments that contain personal attacks, threats, or profanity, or are flat-out offensive.
2. Stay on topic. If you feel you really have something to add that doesn’t quite fit the current topic, start a new one.
3. Keep rebuttals and disagreements impersonal. You can disagree with someone respectfully without resorting to name-calling or other insults.
4. Do not single out players for criticism by name, number or position. These are 18-23 year-old kids that are trying their best while juggling a college class load. Let’s be supportive.
5. Remember always that players read these boards; players’ families read these boards; respective recruits read these boards; opposing fans read these boards. As a GoHens.net member, YOU represent Delaware Football to others. Please do so in a positive manner.
Post Reply
1173 posts

Gannonfan wrote: ↑
Wed Sep 11, 2019 3:16 pm
I'll admit, I don't think I noticed the fact that you could see the underbelly of the West stands until HR posted the photo from the UD site. I thought the structure was going to go all the way up to an including the pressbox (so that you wouldn't see the underbelly. I'll wait until the finished product and in person before I judge it though. I'm glad it will be great inside the building, and I like what they've done inside the stadium in the seating areas, so I'll give them the benefit of the doubt on how it works with the rest of the stadium. I don't think I've disliked anything UD has done building-wise since some of those monstrosities in the '70's, so they have a good track record IMO.

The design they had under Muir would have hidden much of the underbelly and not required big holes in the stands either....water under the bridge.... 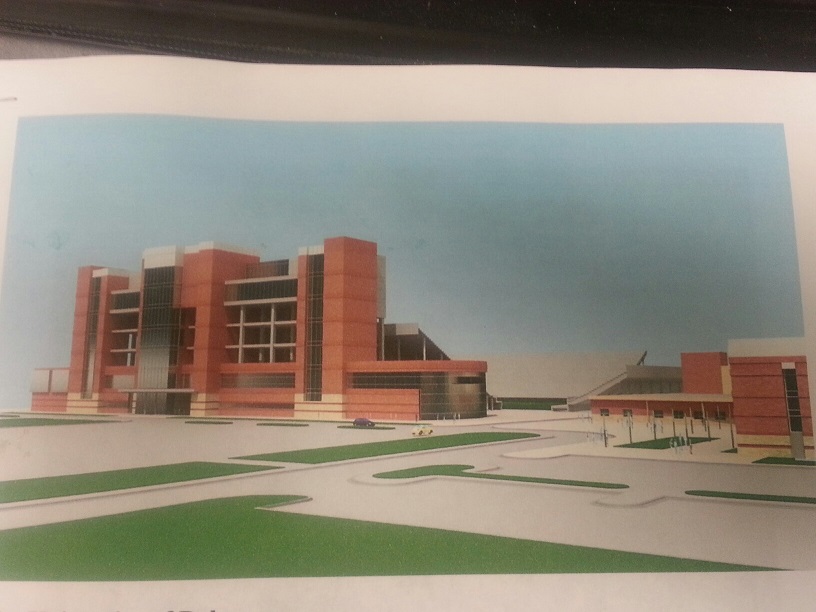 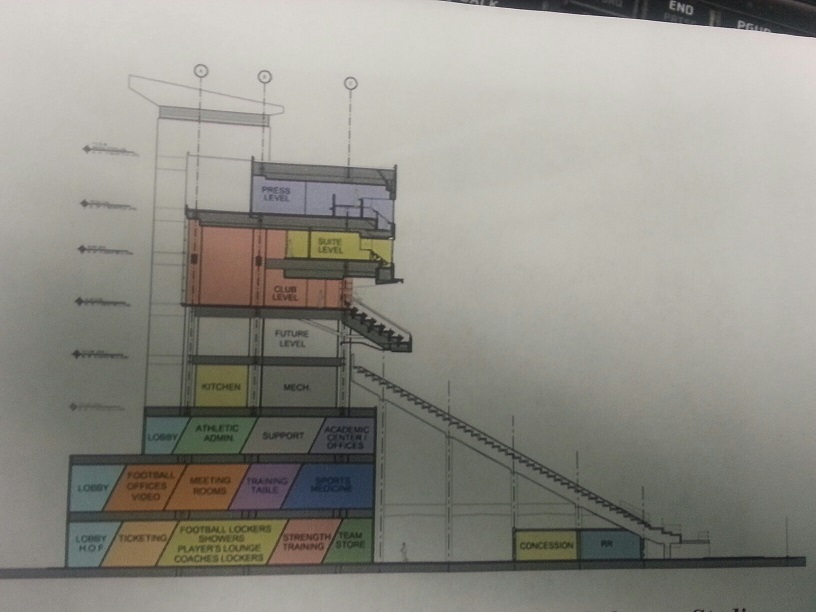 In ROCCO I Have Great Concern!
Top

Lots of work getting done although some of it is hard to see now with the camera angle.....

Don't blast me for this but a virtual tour would have answered some questions we've been asking through the process.
Football weather baby...Lets win a game....By hook or crook..Time to show some heart and guts....Tough game....Love the 26 degrees that's what it is about.... Posted by Joe C 11/9/19
Top

More steel going up in foreground of Gold camera (Street) view this morning.
Be careful of the words you say,
keep them soft and sweet.
You never know from day to day
which ones you'll have to eat!
Top

I wandered up to the North end before the NDSU game and looked at things from that perspective. The area where the Joe and Dana Flacco Weight Room will be is looking impressive. Most of the steel on that end of the stadium is in place. It looks like most of the underground plumbing and electric is completed. Looks like concrete slab can be poured soon.
"Hit Soooooooooomebody"
Top

Lot of work going on the iron today.
Top

The iron workers are buttoning up the galvanized sub-floor/roofing on the north end.

There has been a lot of work being done around the base of the elevator that will travel to the press box level. Perhaps block work on the elevator shaft will begin soon. Two pallets of blocks have been placed near by.

At least 15 to 20 workers are on the job today.
"Hit Soooooooooomebody"
Top

It's working for me. Looks like a windy day in Newark.
Top

no
In ROCCO I Have Great Concern!
Top

Did want to note that there has been a lot of work getting done on the ground and second floor with concrete and block walls.
Football weather baby...Lets win a game....By hook or crook..Time to show some heart and guts....Tough game....Love the 26 degrees that's what it is about.... Posted by Joe C 11/9/19
Top

Just wondering, does anyone think the construction crews will get the structure enclosed before the bad weather season really hits? Since the season is pretty much officially dead, we can watch this activity again. For some reason, i can't get the cameras to come up on my PC now (i phone ok).
Top

. Not to beat a dead horse, but some here seem to think it was acceptable or unimportant to not have the new press box constructed this season. That attitude is part of the lethargy and mediocrity of our university when it comes to sports despite hyping UD athletics. You've got a limited group of us who contribute to sports,esp football, and want to see us really be competitive again. We can get to that goal through many channels- good coaching, good recruiting, good facilities,etc. Then why the heck did that press box not get built in time to open the season in order to validate UD's full commitment to football? It still sits like a metal monument to mediocrity. I have "no clue" as one poster writes about my question about the stadium, but why the hell wouldn't our athletic director, president, head coach demand that construction start when the 2018 season ended and let it be known(maybe through a whistleblower

) that nothing was being done? Sorry Henzone- KC (we all had reservations about KC's style and x's and o's) would have been in the whomever's face daily about the getting the stadium construction started.

water under the bridge -sure, but the need for action with the LOIs coming up in a month is crucial.
Drain the swamp and give us a chance for UD's football future to be successful. inaction by our leaders could spell even greater disaster and possibly lead to Harker's goal of "nothingness" athletically as a university.

BTW- I read KT's article "a bright future for UD football" yesterday and almost went into shock. It might possibly be the case, but even if DR has added some talent to the roster, he doesn't know how to use it properly. KT has proven again he's a company man-understandable, but sad

. I thought he might be coming around to the necessity for drastic action.

I'm guessing they have cash flow issues. The pace of this project is just unbelievable.
Top
Post Reply
1173 posts

Return to “The Roost”