This board is for general discussion not related to Blue Hen athletics. Viewable by all, membership required to post.
Post Reply
135 posts 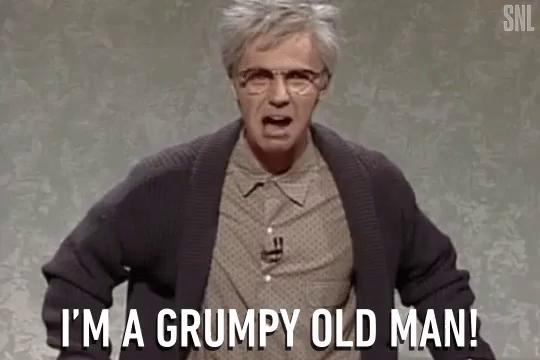 Seriously, the Sixers go on a 3 game win streak, knocking off Toronto, Denver, and Boston, the last on the road, and no one posts anything? They're on pace to win 60 games this year, while at this same point last year they were only on pace to win 53 games (only ended up winning 51), with really only Milwaukee sitting out there as a team, come the playoffs, that the Sixers might not be favored against before the Finals (and that's also because they haven't played yet - we'll get the first glimpse of that matchup on Christmas). And they win last night without Horford, they win with Thybulle playing 30 minutes including all of the last 10 minutes in the 4th quarter, and they again, twice now, look like a matchup nightmare for the Celtics, which is a reverse from previous years.

I still say this team is far better set for a playoff run than prior editions - this team plays really good defense, especially in the clutch times at end of games (see any of the 3 games this week - they smothered the Raptors, Nuggets, and Celtics in crunch time), Embiid is still a matchup issue for most teams, Harris is showing that he can be a consistent clutch scorer late in the game, and with him, Embiid, and Horford you have guys who will always be on the floor late in games who can hit shots from deep without having to bring in a sniper and compromise defense. Still, goal is to stay healthy for April/May while still getting the starting 5 to play more minutes together, which is the biggest worry as they haven't been together enough so far this season.
Proud Member of the Blue Hen Nation
Top

I'll post. They still are a work in progress and Shaq and Charles both have the same exact thoughts about this team as I do. Enjoy.
Top

He will be missed.

He will be missed.

I hope the Sixers win it this year for Joe.

Yeah, he would've been good to hear from all year on the Sixers (any sport obviously, but he had a special passion for the Sixers).
Proud Member of the Blue Hen Nation
Top

Gannonfan - We don't necessarily agree on some things, but we certainly agree that Joe C's post will be missed. And it would be great to hear his thoughts on the current Sixers' season.
Keepin' it real.
Top

Joe and I talked about the Sixers just about every day. In fact, the last ever text I sent to him (besides telling him to pick up his damn phone) was that Thybulle looked good.

Funny story. When free agency opened at 6 in the summer, in typical Joe fashion he was furious by 6:05 when Butler and Redick signed elsewhere. He went off on Brand and how cheap the Sixers were. I reminded Joe that we were 5 minutes into FA. No more than 10 minutes later, Joe was on cloud 9 singing Brand’s praises after Harris re-signed, Horford was inked and Richardson came back in the Butler deal.

It already feels weird not texting him during each game. I miss the texts about how the Sixers are off and can’t compete and me having to remind him that there’s still 11:04 left in the 1st quarter and we are down 5-3. He reminded me every night that we need a shooter but he really loved this team.

Speaking of hoops, Joe never watched much of UD hoops, but he was very much into it this year and impressed. Hoping both of these hoops teams can provide something special for all of us this year, and that Joe has a front row seat.
Top

Going into the 4th against Dallas right now. I'm not sure how it will end up, but I have a good guess. You know what? This team stinks right now. What a putrid offense without flow in the half court.
Keepin' it real.
Top

Look I know we’re all Sixers fans and we all want them to win. But I’ve said it before, this team as it’s constructed and with Brett Brown at the helm has already hit its high water mark.
Delaware Football - time to make things happen or it’s time for changes.....
Top

I have to chuckle at Embiid saying they played scared last night. Hey, how about you put your butt down on the block and take control of the offense from there instead of playing from beyond the arc? You know who didn't play scared last night? Brunson on the other team. What a stud. But I digress.

They definitely need someone who can drain a three ball to help spread the floor because they really look out of sorts. Having a 6' 10" point guard who doesn't even look to shoot the ball doesn't help either. Oh, but he's a super star I've been told.
I think to go any distance in the playoffs Brand will have to change this roster. Drastic change.
Keepin' it real.
Top

It's all about the playoffs. They have several months to figure how to play against a zone, and then it's the grind of the playoffs. For a team that "stinks", they're still going to win close to 60 games and be a team no one wants to play in the playoffs.
Proud Member of the Blue Hen Nation
Top

Gotta love your optimism. So, are you saying that the teams above them aren't going to get better come playoff time too? Fifth place and a losing record on the road is not a place to win a championship from. They'll need to add some pieces to have a long run.
Top

They're not going to add "pieces". They have their starting 5, they have Scott and Ennis and Thybulle and Korkmaz coming off the bench. You don't really go more than 8 or 9 deep during the playoffs anyway. Where would these "pieces" even fit in if they brought them in? They have who they need - they need guys like Harris and Richardson and Embiid and Horford and the 4 bench guys hitting the outside shots. That's where the outside shooting comes from. They need Harris to be almost Andrew Toney-like and be the guy who scores in bunches and keeps the scoreboard moving. And they need Embiid to be the MVP/Defensive Player of the Year that he claims he wants to be and probably can be. They need to keep being the team that stifles the opposition on defense. And they need to be healthy come the playoffs. They do that and they have every chance to win an NBA title, no matter what seed they go into the playoffs with.

Yesterday's game against the Bucks wasn't an apparition - it's what the Sixers are capable of when they turn the switch. I know it's annoying that they have to turn a switch, and that they will take games off and that they will turn in crappy performances against teams that stink from time to time, but you'd have to be crazy to think that Boston or Miami or Indiana or Brooklyn would beat the Sixers, as they are currently constructed and if healthy, in a 7 game series in the playoffs regardless of who has home court advantage. There are 4 teams in the NBA this year capable of winning the title - the Clippers, the Lakers, the Bucks, and the Sixers. One of those 4 are going to win the title, and the Sixers, like the do against any other team in the East, matchup very well against the Bucks. They aren't going to win the way that Golden State has won over these past few years, they're going to do it with defense, size, post play, and they're going to grind it through the playoffs. May not always be pretty, but all that matters is winning in the playoffs. The Sixers can win it all this year and they don't need to add a single piece - just get better with what they already have and stay healthy.
Proud Member of the Blue Hen Nation
Top

They are good, no doubt.

But here are my 2 concerns:

1) Playoff basketball and regular season are 2 completely different beasts. Been proven 2 years in a row now.

2) They have a chance as long as they are not playing 4 v 5 in the 4th quarter. And from what I have seen, we can't say for sure that they won't. I won't start on the outside game of 1 individual, I don't need to, I saw this before anybody else. BUT....... Can you win an NBA title with a PG that shoots 58% from the line? Zero improvement in 4 years. That's why we can't say for sure it won't be 4v5 in the 4th Q of playoff games???

But that was a very nice win yesterday.

Gannon, I am truly hoping you will be telling me all about the parade come this June!!!
Hard work beats talent when talent doesn't work hard enough!!!!
Top
Post Reply
135 posts